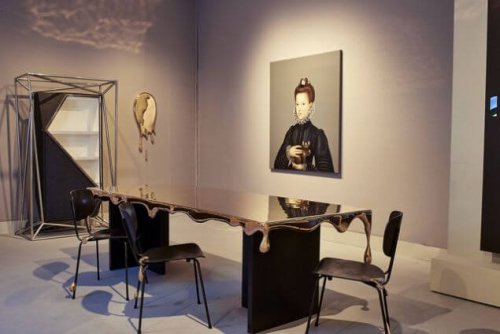 Observer Magazine published an article about the fourth edition of The Salon Art + Design.

Joining the fair, Observer’s editors appreciated its dynamics but still keeping the eclecticism. Most importantly, it is the combination of the classic and the innovative distinguishing The Salon from any other international fair.

Aiming to the youthful crowd, The Salon Art had + Design had impressed their audiences by the showcasing of 55 international exhibitors. The booth of Priveekollektie, especially Golden Lagoon of Reinier Bosch was mentioned as one of the most highlight of the fair. Starting as a designer, Reinier Bosch later focused on decorative art and received the international acclaim at many international art and design fair. Golden Lagoon, one piece of his Melting Series, had received tremendous attention when appearing at The Salon Art + Design.

Read the full article “See How the Rich Lived, Then and Now, at This Week’s Salon Art + Design Fair”