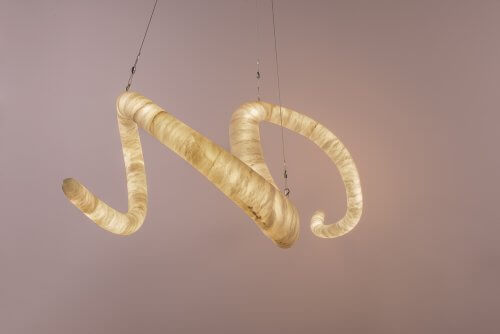 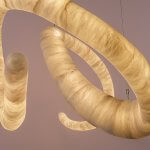 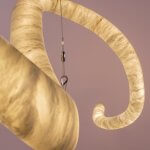 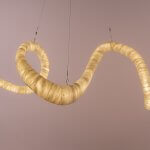 AQUA FOSSIL Light II transports the viewer to a landscape of unknown nature, revealing the main element of the molecular composition of Alabaster Stone: Water. In fact, Alabaster is only composed by two molecules, H20 and CaSO4, which poetically it could be described as fossilized water.

In this way, Amarist Studio’s new sculptural light describes a fluid organic composition presenting Alabaster Stone as a liquid element. Reinterpreting the material as a moldable element, returning it to its aqueous origin and revealing it as a treasure emerged from an ancient sea.

The result of this work presents a trip to the roots of the geological formation of the Iberian Alabaster, a stone of sedimentary and metamorphic origin, which after the evaporation of a sea millions of years ago, led to the formation of this characteristic white stone with translucent properties. Now, the area occupied by this old sea is a desert in the ‘Ribera del Ebro’ area, where deposits of this mineral are extracted as if they were buried treasures under an old seabed. 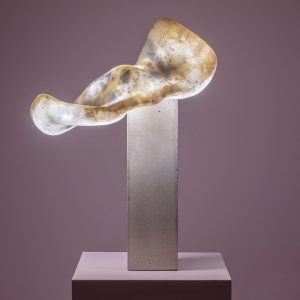 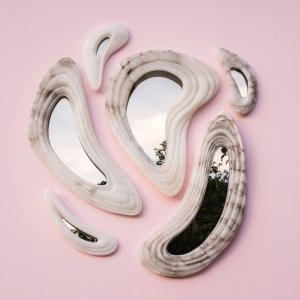 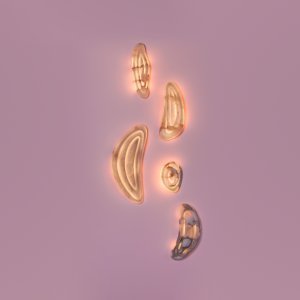 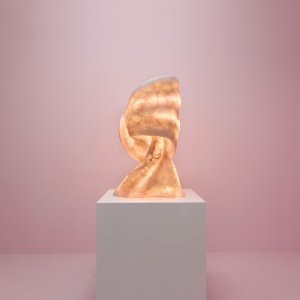