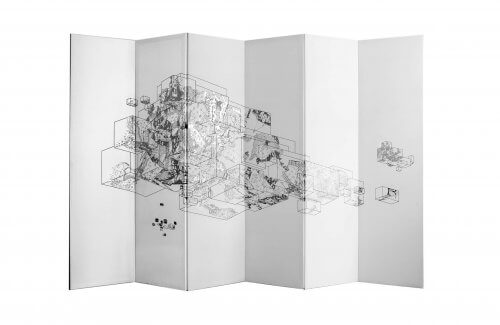 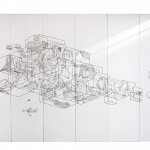 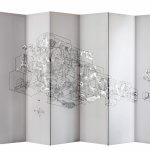 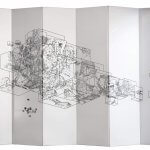 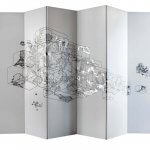 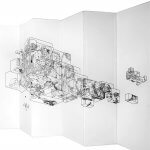 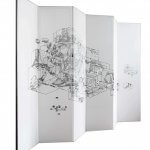 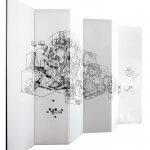 Cloud is a folded screen artwork that explores contemporary and historical features of spatial relations. The spatial figure manifest two traditions: the Euclidean and the algorithmic/ computational. The Euclidean is that which provides the viewer the coherence of an “object” while the algorithmic forms another structure which emerges from completely different set of operations which include non- linear and recursive effects. It manifests chance operations through combinatorial sequencing. The drawing is therefore a manifestation of two divergent principles which nonetheless function on the basis of the exact same elements: point, line, and plane. Together they establish a grammatical polarity with regarding to drawing; the function of point line and plane as either figure and bounded form, or infinite specialization – algorithms have no inherent spatial features, they are merely defined by sequences of operations, geometrical figures, on the other hand, are inherently spatial propositions. 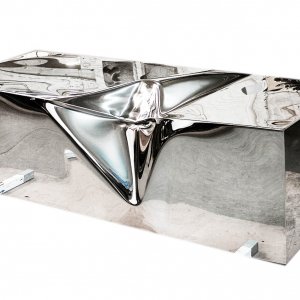 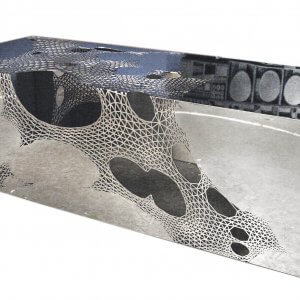 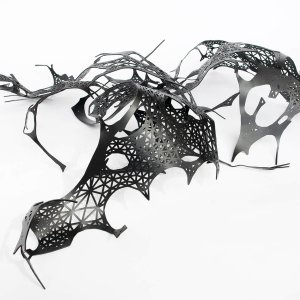 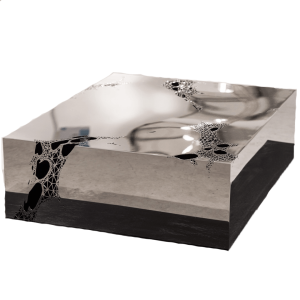 STAIN II
Peter Macapia
We use cookies to ensure that we give you the best experience on our website. If you continue to use this site we will assume that you are happy with it.Ok