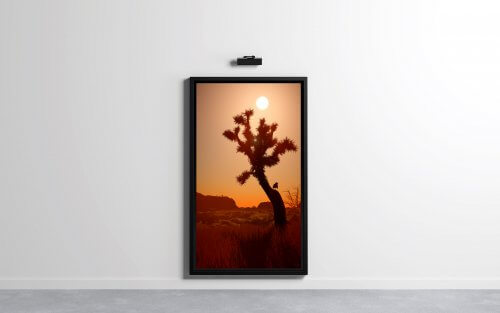 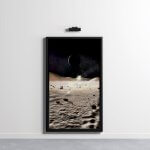 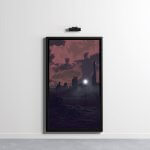 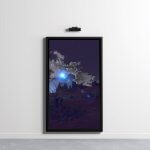 Scene 1: White Sands
An expansive ivory-white blanket of gypsum dunes through which undulating ripples and forms emerge, and over which an impressive sky can sometimes move at fast speeds. This tranquil scenery was once home to high grade weapons testing, but now within this artwork the movement and changes happen gracefully through the interaction of the viewer.

All elements within the postcard-like scene succumb to the interaction of the viewer, including complete control over sand dune forms, and the passage of time.

Scene 2: Joshua National Tree Park
Giant branching yuccas, commonly known as Joshua Trees, inhabit the sandy plains of the magnificent Joshua Tree National Park which is sandwiched between the Mojave and Colorado desert systems. The landscape is also studded with the massive granite monoliths and rock piles. These fascinating photogenic and geological phenomena are combined within the artwork to create a surreal landscape in which unexpected events, wildlife, and weather conditions respond to the playful touch of the viewer.

Scene 3: Monument Valley
Monument Valley has for the past century stood as a symbol of the American West. Within this third scene of the series, the landscape is centred on the rock pillars, including the most iconic spire of all named ‘the totem’. This landscape will bear witness to awe-inspiring weather conditions that are influences by the behaviour of the viewer standing before the artwork.
In a play on scale and power, the viewer is able to orchestrate the awesome power of nature’s sun, wind, and storms, and interact with floral growths an wind swept tumbleweeds.

Scene 4: A Concpiracy Unfolds
The fourth and final scene of Deserted is somewhat embroiled in controversy. On first appearance, the scenery seems to be a fourth American desert location. However, as the interaction within the scene is explored it becomes clear that the landscape is in fact the lunar landscape of the Apollo 11 moon landing.

Upon closer inspection, one will discover a number of anomalous artifices that leads one to question the depicted scene. Playing upon the moon landing conspiracy theory of whether NASA really did land on the moon, a number of key ‘pieces of evidence ‘ from the conspiracy theorists can be uncovered within the otherwise hyper-realistic scene.
on behalf of private client. 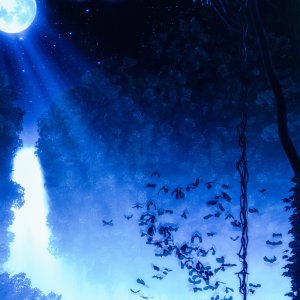 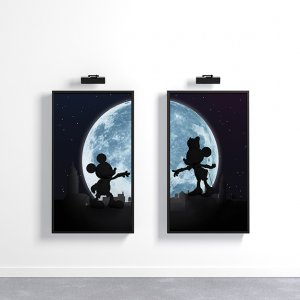 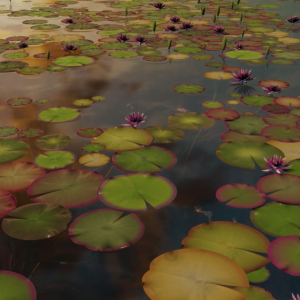 Mickey and Minnie
Dominic Harris
We use cookies to ensure that we give you the best experience on our website. If you continue to use this site we will assume that you are happy with it.Ok