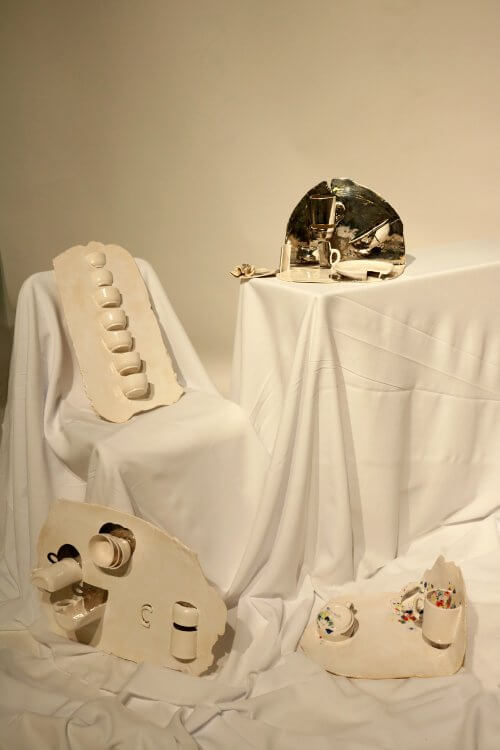 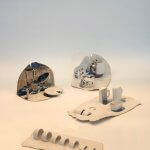 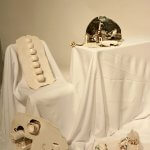 In between the surface

Through this work, I brought the aesthetics of digital manipulation such as copy, dissolving, rearrangement, and filter into very mundane objects like cups and bowls. And by cutting, attaching and folding the surface, I brought the elements of the physical world which have tactility and imperfection such as flaws and cracks.The objects which embody the language of digital image have a mirroring replica of it, which again creates a physical replica of the surroundings. By playing with the concepts of the digitalization, such as image, object, perfection, imperfection, digital and physical replica, the objects create an in-between moment of the digital image and physical thing. 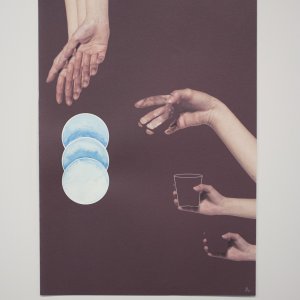 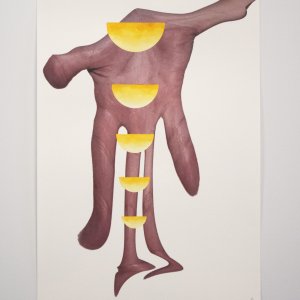 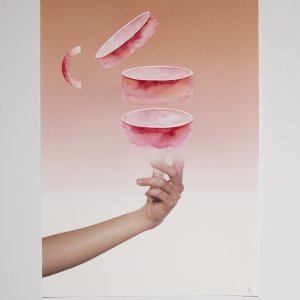 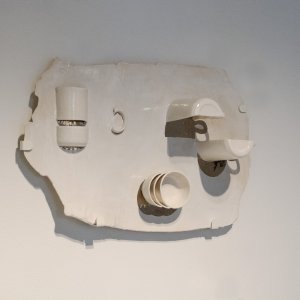