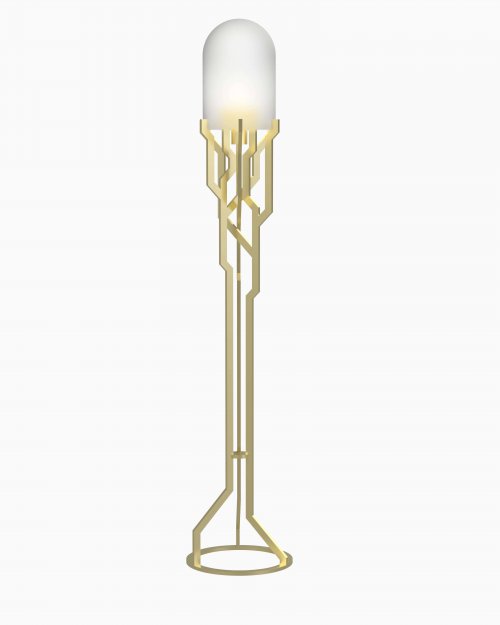 A golden lamp from “Plant”, a series was imagined through industrial growth as a plant which grows to suit a certain function. As in nature, a plant grows according to strict regulations thus a family is easily recognizable. By using graphic structures similar to those in the circuit board in a three dimensional way, the plant lamp emphasizes the way technology imitates nature. The creation of the series was highly influenced by the work of photographer, Karl Blossfeldt, who is known for his very analytical photos of plants. 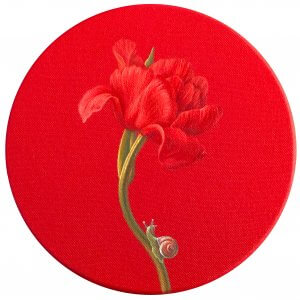 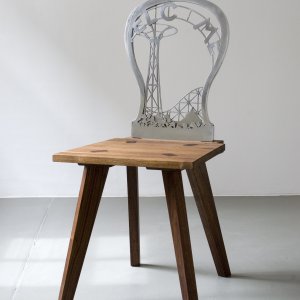 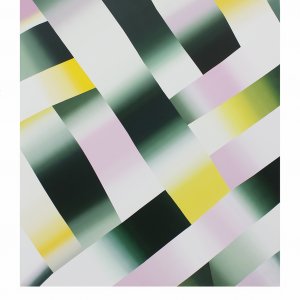 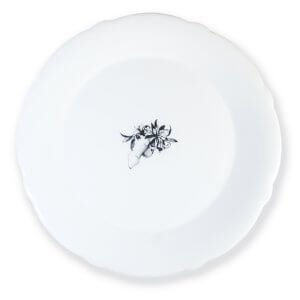