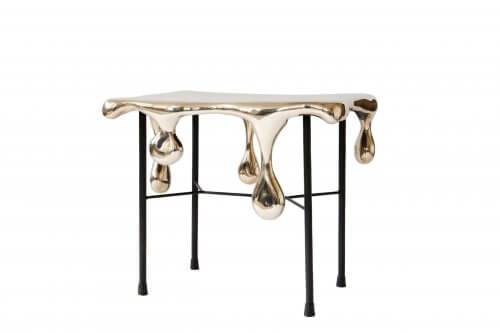 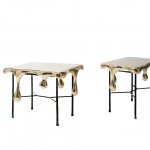 Secret Lagoon side table is a part of The Melting Series, a family of bronze design objects that seem to melt. The process is as fluid as the melting of the bronze in the foundry where the piece is made. Models are made of wax, which are then cast in bronze. The objects are made as one piece, finished highly polished. Important in this process is the fluidity of the material and the love that is poured into the piece by both craftsmen and designer.
Reinier Bosch shows a very dynamic approach to his designs: he likes to stop and capture moments that usually unravel in time. Even if t§he pieces are static, they give an impression of movement: someone who looks at the ‘The Melting Series’ can easily picture liquid flowing.
Reinier Bosch says, “During a travel in Tibet, I saw a man spray- painting boxes red outdoors. Due to this, thesurrounding was also coloured with red, whereby the object and its surrounding were fused.” Both the object and the floor underneath it are coloured as if a pot of paint poured over them, integrating the surroundings into the actual piece. That idea of object and background becoming one, is the starting point for ‘The Melting Series’; a shape that seems to melt. 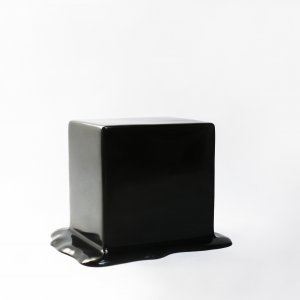 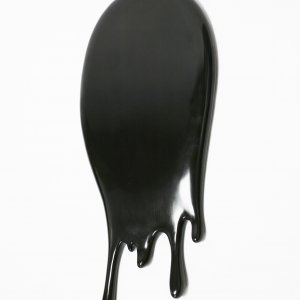 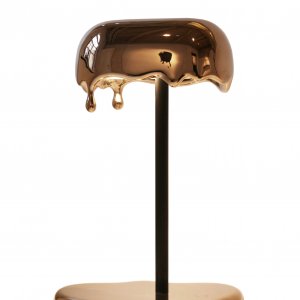 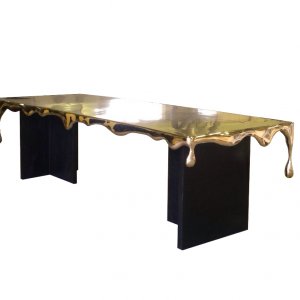